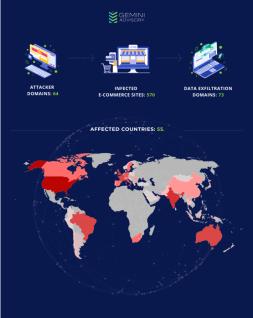 The unintended consequence of the Supreme Court’s order on Internet Shutdowns in Kashmir — where it put down accountability norms for Internet shutdowns, and said that some essential websites should be accessible, is that it has given rise to the creation of the Great Indian Firewall: filters that control what users can and cannot access online.

Amid the ongoing economic meltdown, India’s ‘booming’ online retail market has also taken a hit. Digital shopping saw a decline not just in terms of buyers but also with respect to spending and average ticket price in the first half (H1) of 2019 “with the consumer sentiment being muted,” as per a note on the impact of economic slowdown on online shopping by research firm Kantar. In comparison to H1 2018, while the online buyers have reduced by 7 per cent, online spending and average ticket price have also gone south by 21 per cent and 27 per cent respectively.

Our goal is to enable end-to-end communication cycle between small businesses and customers. Payment is just one more step in how businesses interact with users.

We look at it more from how to enable small business to complete their transaction more seamlessly, become more efficient, increase their sales. And, of course, payment allows that last leg to be completed in a seamless way. Lot of the communication is already happening on WhatsApp.

Certain broad principles need to be followed for this wherever the law is talking about data. The confusion of which law or Act will determine data sharing is a spanner thrown to delay the process. Unnecessary conflict is being created between ministries and pending legislation to prevent basic data principles from being followed.

Union Ministry of Housing and Urban Affairs (MoHUA) officials said on Monday that the open data platform for the 100 cities would be expanded to cover 500 cities by 2022 and all urban centres in the country by 2024. The India Urban Data Exchange set up by the MoHUA for its Smart Cities would be expanded , eventually leading to a “marketplace”, Smart Cities Mission Director and joint secretary in MoHUA Kunal Kumar said.

The Union Minister for Communications, Electronics & IT and Law & Justice Shri Ravi Shankar Prasad today announced the rollout of Aadhaar Enabled Payment System (AePS) Services by India Post Payments Bank (IPPB), giving a strong boost to its efforts in expanding access to financial services for millions of unbanked and underbanked customers. Speaking at the First Anniversary Celebrations of IPPB here, the Minister congratulated IPPB for achieving the milestone of 1 Crore customers and exhorted them to achieve 5 crore target in next one year. Referring to 440 Central schemes on-boarded to the DBT platform, Shri Prasad said that all these schemes must ride on IPPB platform too. He said, ‘Inclusive’ is the key mantra of the government and the department of Posts should strive for Banking the unbanked, funding the unfunded and securing the unsecured.

The domestic market for computer services in India is forecast to grow faster than their exports, fueled by the government's Digital India programme and the country's burgeoning start-up environment, according to an UN report.

"The computer services industry in India is increasingly catering to the domestic market, leveraging expertise gained from exporting, while at the same time reducing an over-reliance on such exports," stated the report by the United Nations Conference on Trade and Development (UNCTAD).

According to a recent disclosure by the web hosting firm Hostinger, the company has faced a security breach. Some unauthorized attackers accessed the firm’s internal servers to reach customers’ information.

Taking a cue from e-commerce giant Alibaba’s success in China, the Ministry of MSME said that its e-commerce portal in the offing, to be known as Bharat Craft and to function on the lines of Alibaba would benefit India’s vast MSME sector. “Government is planning to launch Bharat Craft, an e-commerce portal, on the lines of Alibaba, and should soon see turnover on the platform to the tune of Rs 10 lakh crore in the next few years and this would benefit MSMEs in a big way,” MSME Minister Nitin Gadkari